Ricoh uses data collection tools such as cookies to provide you with a better experience when using this site. You can learn how to change these settings and get more information about cookies here.

We appreciate the awards we’ve received. They are a firm recognition of our achievements, and spur us on towards even more significant milestones. The list below highlights just some of the awards we have won. 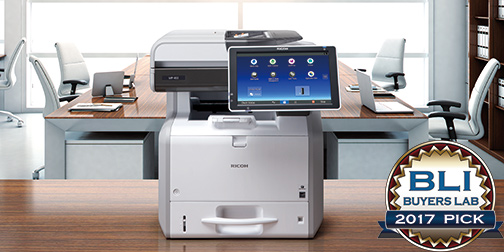 2012 Recognised as one of the 2012 Top 100 Global Innovators list by Thomson Reuters, one of the world's leading sources of intelligent information for businesses and professionals

One of the 2011 World’s Most Ethical Companies by the Ethisphere Institute for the third year running.

2010 Ricoh Europe achieved a 5 star “Recognised for Excellence” award from EFQM. We remain the largest, most complex organisation to have achieved this level of recognition.

Ricoh Germany was awarded the prestigious Ludwig-Erhard-Preis for business excellence. The accomplishment acknowledges the excellent results achieved by doing business the Ricoh way – an approach that combines economic, social and environmental thinking.
2009 Ricoh Europe received the “Ruban d’Honneur” in the 2009 European Business Awards for “Corporate Sustainability”, recognising the impact of our activities within the workplace, the market, the environment and the community.

2009 Ricoh UK Products Limited won the British Quality Foundation Gold Medal. Awarded annually, it is the highest accolade given by the Board of Directors of the British Quality Foundation to the organisation which has demonstrated outstanding and sustained commitment to excellence.
2005 Ranked No.1 in the Computers, Peripherals and Office Electronics category for corporate social responsibility for 2004/2005 by Oekom Research AG of Germany

2014 Ricoh received the DJSI Bronze Award 2014 from RobecoSAM. The Bronze Award recognises companies whose score is within a range of 5% to 10% from the score of the Industry Leader, and affirms Ricoh's strong leadership in the sustainability area.

2014 Ricoh has once again been rated as one of Global 100 most sustainable corporations in the world. Ricoh was presented with the news for the tenth year, during the World Economic Forum in Davos.

2012 Won the Eco-Enterprise Innovation Award at the Oracle Excellence Awards, - with recognition also given to business partner Infosys and the 2012 Chief Sustainability Officer Award, presented to Ian Winham, CIO and CFO at Ricoh Europe. Both awards recognise the efficient and sustainable way Ricoh has built a new IT infrastructure to support its operations in EMEA.

Recognised by global consulting firm Deloitte as one of the top global organisations ready for a ‘green and inclusive economy’.

Achieved the International Association of the Deinking Industry (INGEDE) certification for the Ricoh digital colour cut-sheet printing press portfolio, confirming that toner from these Ricoh systems can be removed from paper during the recycling process.

For the eighth consecutive year, Ricoh is rated one of the “Global 100 Most Sustainable Corporations in the World”, unveiled during the annual World Economic Forum held in Davos, Switzerland.

2009 Ricoh Europe received “Ruban d’Honneur” in the European Business Awards for “Environmental Awareness”, recognising the effectiveness of the policies we adopted in reducing our total environmental impact and the extent to which these have been embedded into our culture.